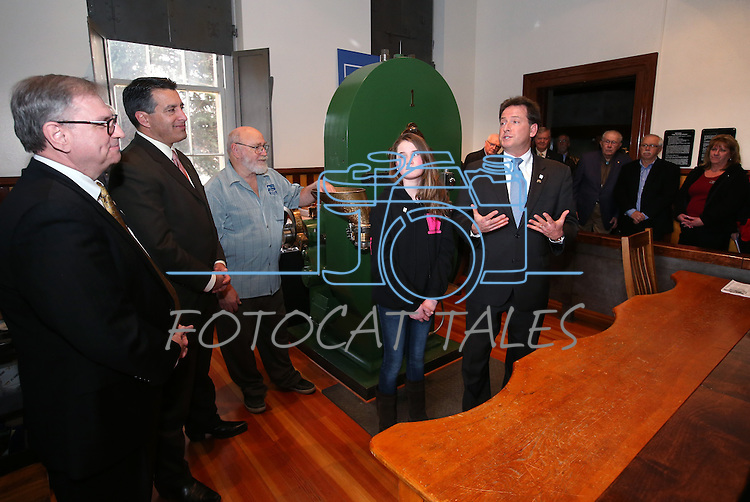 With his daughter Ellie, 11, at his side, Nevada Lt. Gov. Brian Krolicki, right, speaks during a ceremony marking the beginning of production of the second design in a four-part series of Sesquicentennial medallions at the Nevada State Museum, in Carson City, Nev., on Wednesday, Feb. 26, 2014. From left, Kirk V. Clausen, with Wells Fargo, Gov. Brian Sandoval and coiner Ken Hopple were among the dignitaries at the event.
Photo by Cathleen Allison/Nevada Photo Source
Cathleen Allison