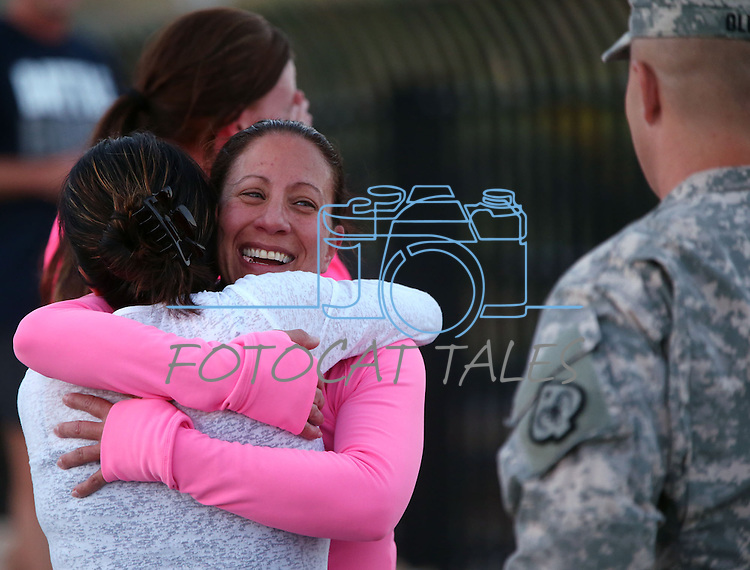 Event organizer Laura Boldry, center, hugs Tracy Kelly after completing a memorial 5K walk and run in honor of the victims of the 2011 IHOP shooting in Carson City, Nev., on Friday, Sept. 6, 2013. Kelly is the widow of Nevada National Guard Lt. Col. Heath Kelly who was one of four people killed when Eduardo Sencion opened fire in the restaurant before killing himself in the parking lot. Nine others were wounded in the attack.
Photo by Cathleen Allison
Cathleen Allison